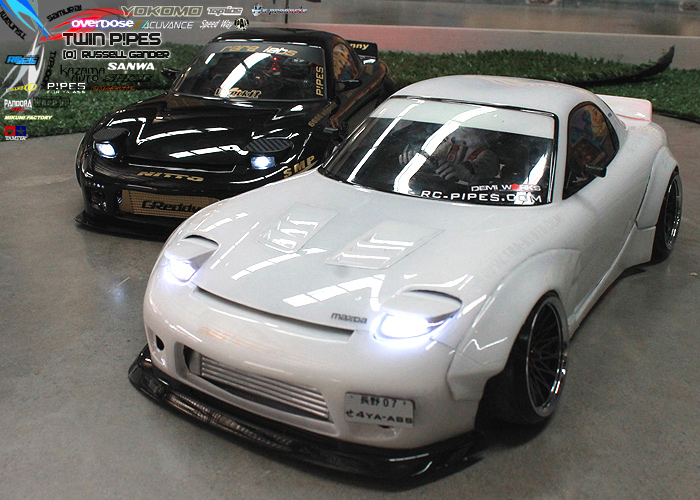 Two bodies built on opposite sides of the world with a common goal.  Maximum impact! 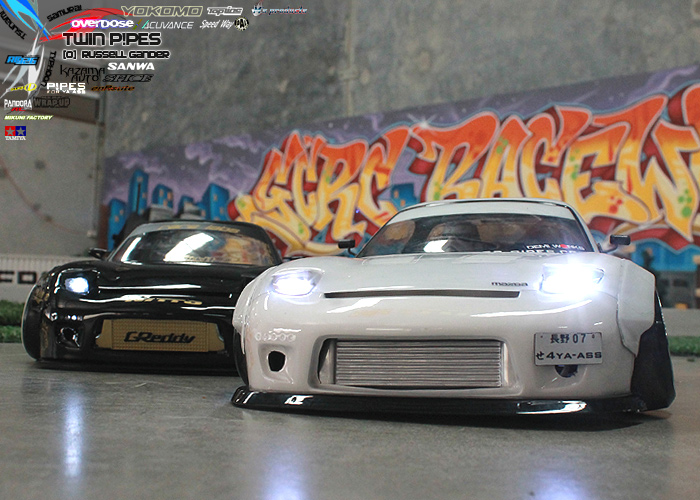 By now you've seen the white machine in detail, so let's look at the evil twin. 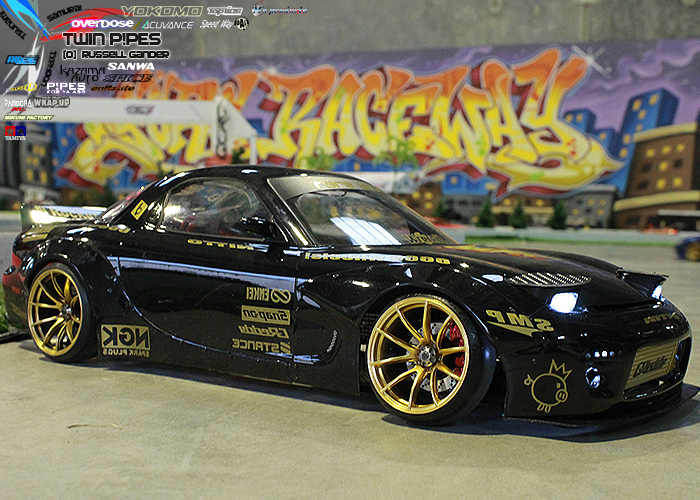 The story goes like this. A trade of sorts. My 86 for this FD. But rather than run it myself... 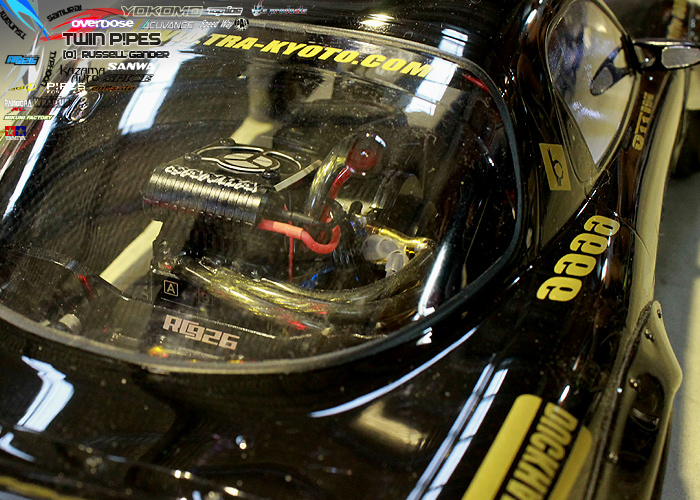 It needed to go to another person so I could battle Black Vs White. It's home is now this RWD Bianca. 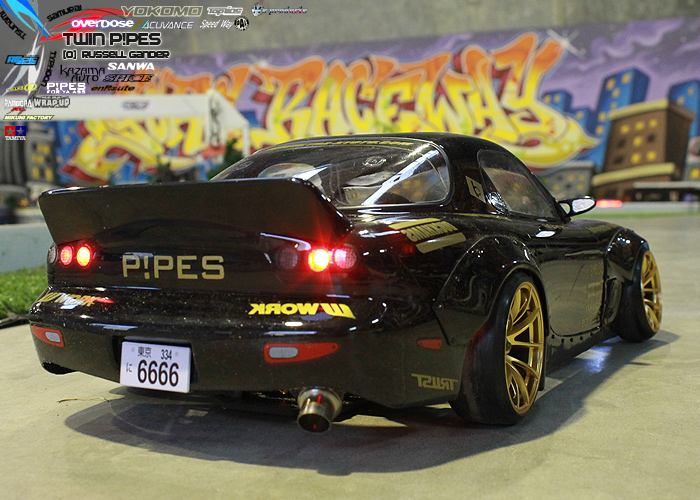 The gold and black Hikotech Bianca is finished with black Overdose / RC926 and other quality items. So a quality bodyshell completes the effect. 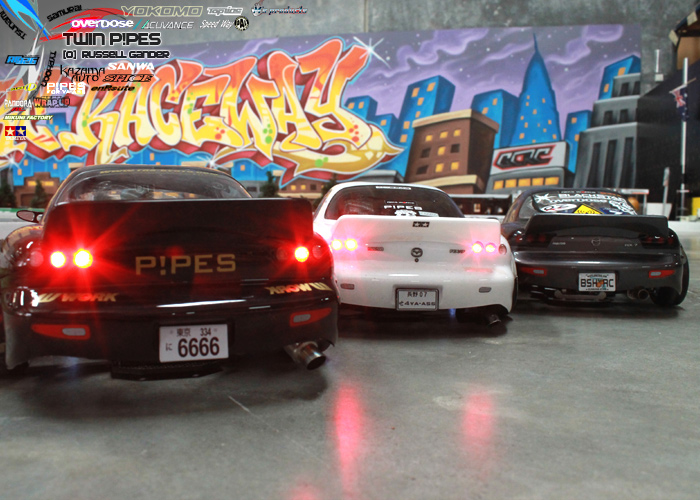 There's now about 5 Rocket Bunny FD3s RX-7s at GCRC. All slightly different but they have come from the USA, The Netherlands and of course all originating in Japan. 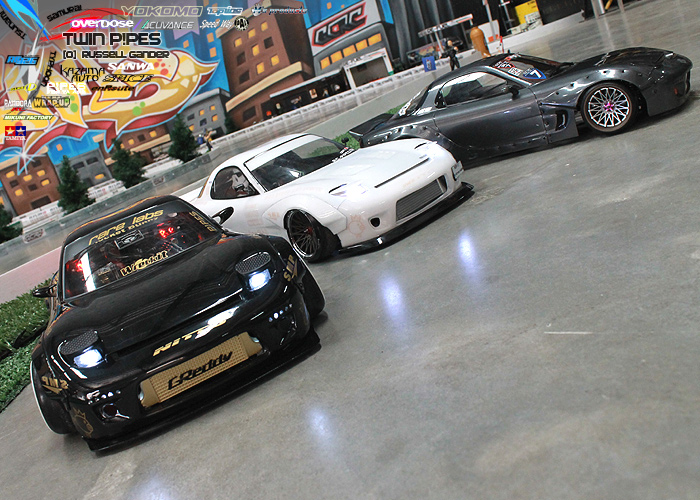 On track they all look insane. 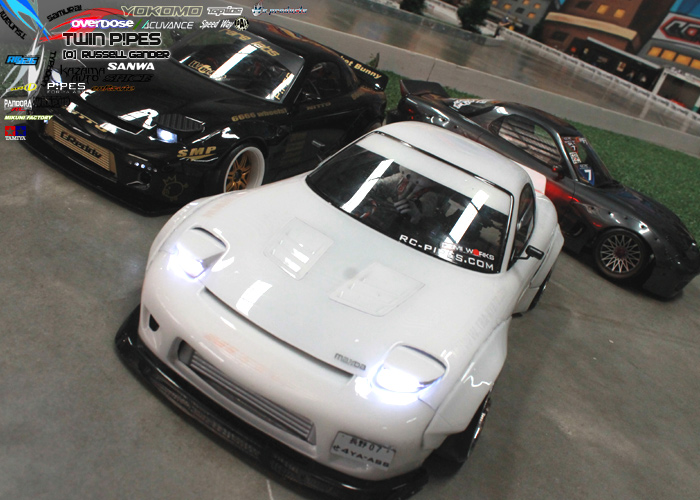 The 3 parked up here create quite the contrast. 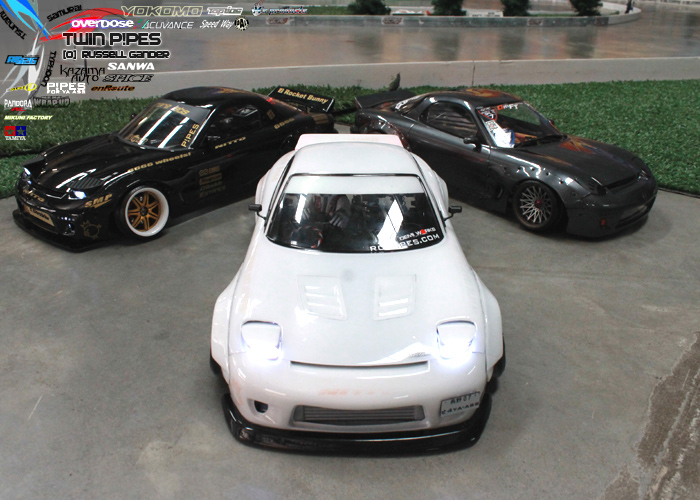 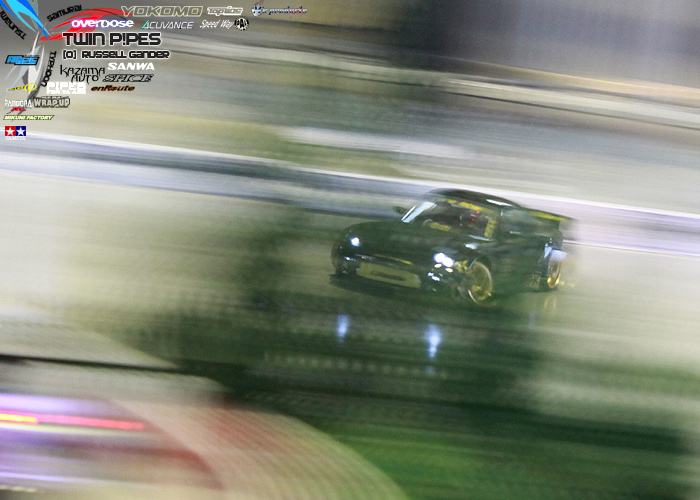 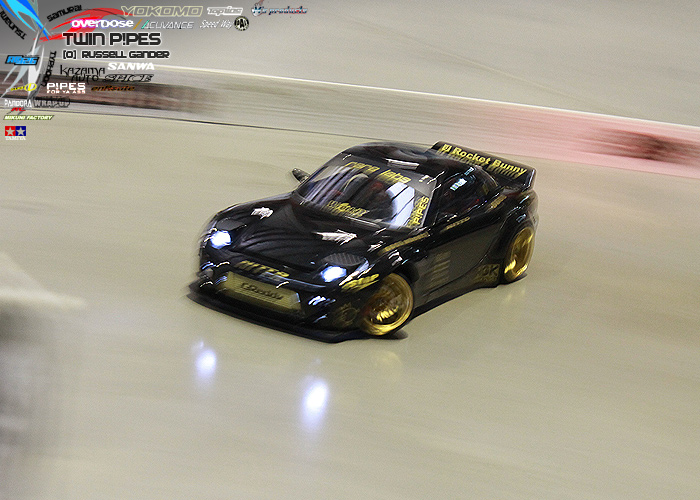 Bianca on the rocket bunny money! 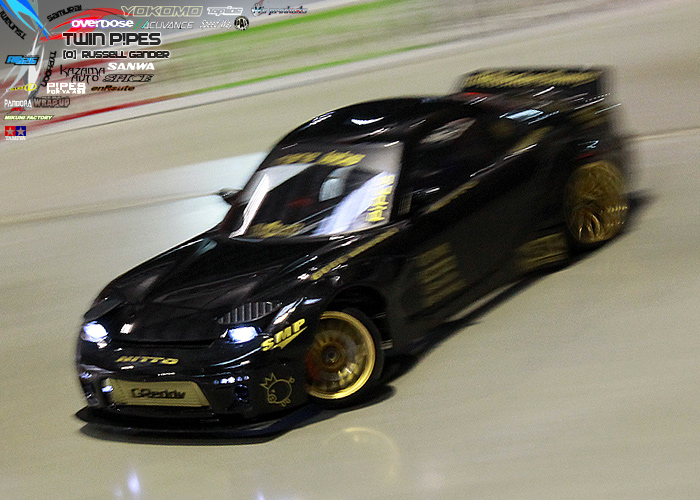 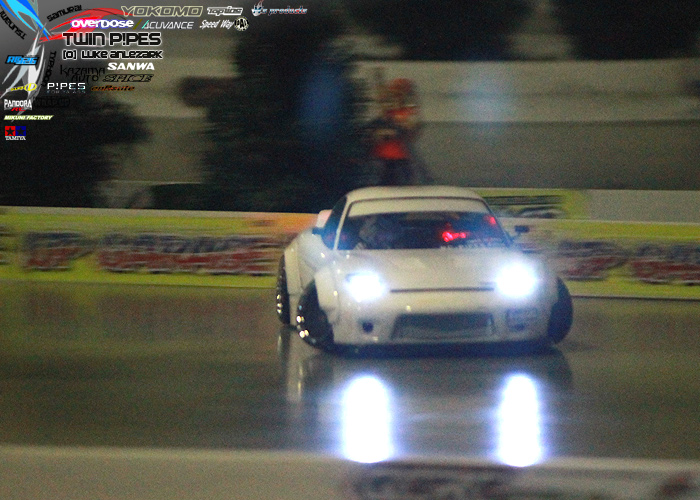 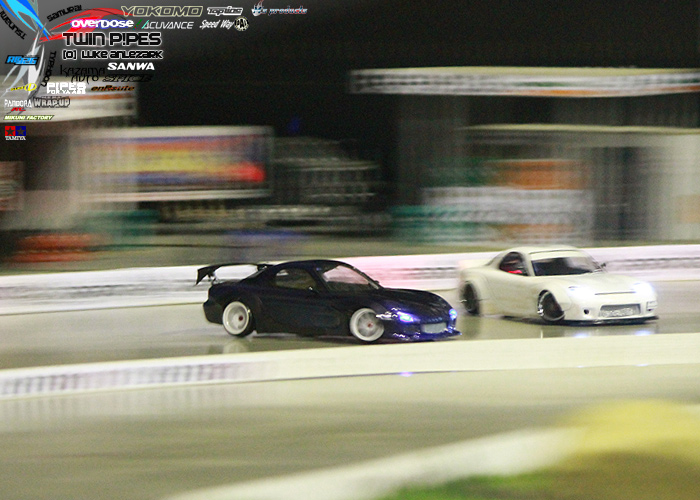 You would have seen the Blue/black fade on this FD3s. Underneath is a D-Like Hybrid running strong. My Custom DRB is under attack here. 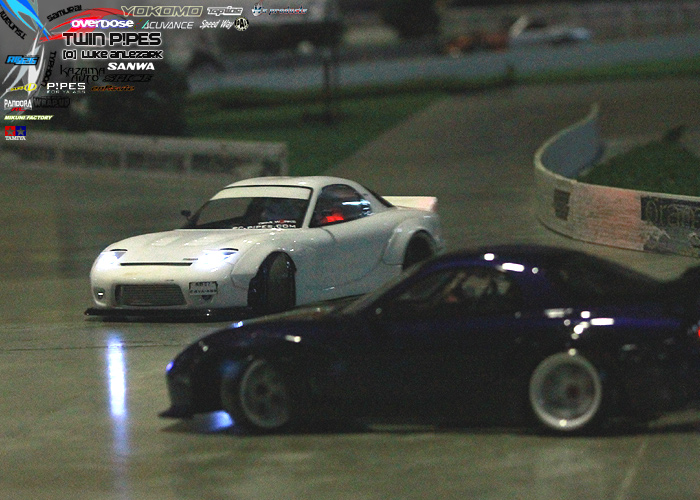 A bit of swap and chop as we played around... (spacing is large to preserve the bodies for a few runs at least) 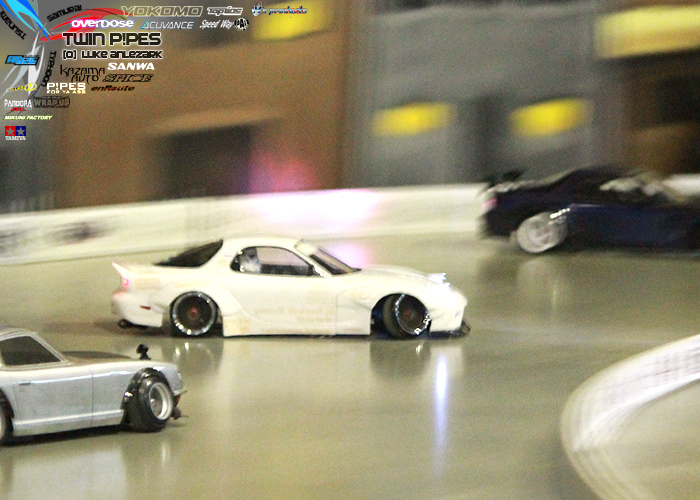 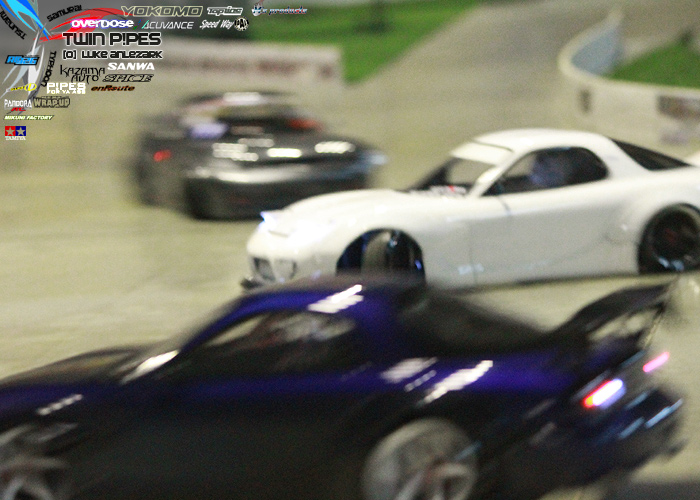 With so many RX7s around... It was certainly a fun night.
Labels: GCRC Raceway 2015, Rocket Bunny, RX-7 FD3s, Tsuiso Battle

Got a question or a comment. It doesn't hurt to ask.

See everyone at the track.
みなさん、サーキットであいましょう！